I liked the artwork and music. They felt the theme without being unpleasant. The writing really sold me on the premise and got me to understand the psychology of the MC. But, the ending didn't work for me. There was no catharsis. Nothing was resolved. I don't understand why MC was obsessed with Asher or why Asher saved MC or why Asher bothered showing up. This feels more like a teaser than a complete story. So basically to secure my endorsement, you would need to make a sequel that explains everything.

I really liked this game. I hope in the near future it can be expanded upon because there is a lot more story that can be added to this.

Thank you for playing!

Reply
Let's All Get Along~186 days ago

Woahhhh!! I love this! I was already thinking how unique it was because of how MC was built, and I thought it was just a one-sided thing which is horrible because of how led on MC was. But at the very end I was so confused and so darn surprised. So below are questions that'll spoil everything! Don't look down unless you want to be spoiled!

What the hell was going on?? Did Asher plan everything out? Especially with the cops and all that, did Asher know that MC tricked them because how convenient was it that Asher didn't know Joshua would call them from a dirty alleyway, already setting off alarm bells. And did Asher actually want to see MC in bars for some sick pleasure after becoming MC's sole reason to live? And when MC was ready to commit suicide, did Asher stop them because they didn't want MC to end their life soon? I'm not sure but Asher and MC's dynamic and history is super interesting! I honestly feel bad for MC cause they probably were really innocent in this and they didn't do anything too bad, hell they didn't even plan on killing Asher and instead killing themselves which would probably be mercy after being tormented by their own mind, is that why Asher didn't let them die? When they found out how much they've invaded MC's mind? AAAA So curious!! Hope to see more of them!!

woaaa a long comment!! i'm glad you enjoyed the game!! i'm not sure if i'll end up expanding on asher and co anytime soon, though ;;

to answer some of your questions (these are mostly my personal interpretation - i'm not the writer LOL) asher is a mean, mean person and probably a big bully but idk if they would just let someone die in their face XD

as for wanting to see MC behind bars for sick pleasure, well i'll leave that up for interpretation LUL. worth remembering that mc was stalking them and you know. sending threatening letters to asher's boyfriend (e.g get your dirty hands off asher or i'll cut them off myself, etc etc something along those lines) thouuuuu

fun fact there was actually a planned option to either try to kill urself or asher, but it got cut off because of word count hahahj

again i'm super glad you liked the game! thank you so much for playing!

Ohhh I see! This now sheds new light about MC. Truly they're both twisted but MC truly shows it the worst while Asher just hides theirs. Thanks for responding to my comment ahahah

Reply
Quiet187 days ago
interesting! i hope to see more from you!
Reply
opheliaveu185 days ago

thanks so much for playing!!!

Reply
Your Game188 days ago
I really enjoyed this game <3 Great job!
Reply
opheliaveu187 days ago

Thank you! I'm glad you enjoyed it and made a video!

I really enjoy that, the fact that is short but really intense, and at the end you can see who really is the sick one.
I want to see other games like this, I'll cheer for you!

Thank you so much! I'm glad that you enjoyed it! 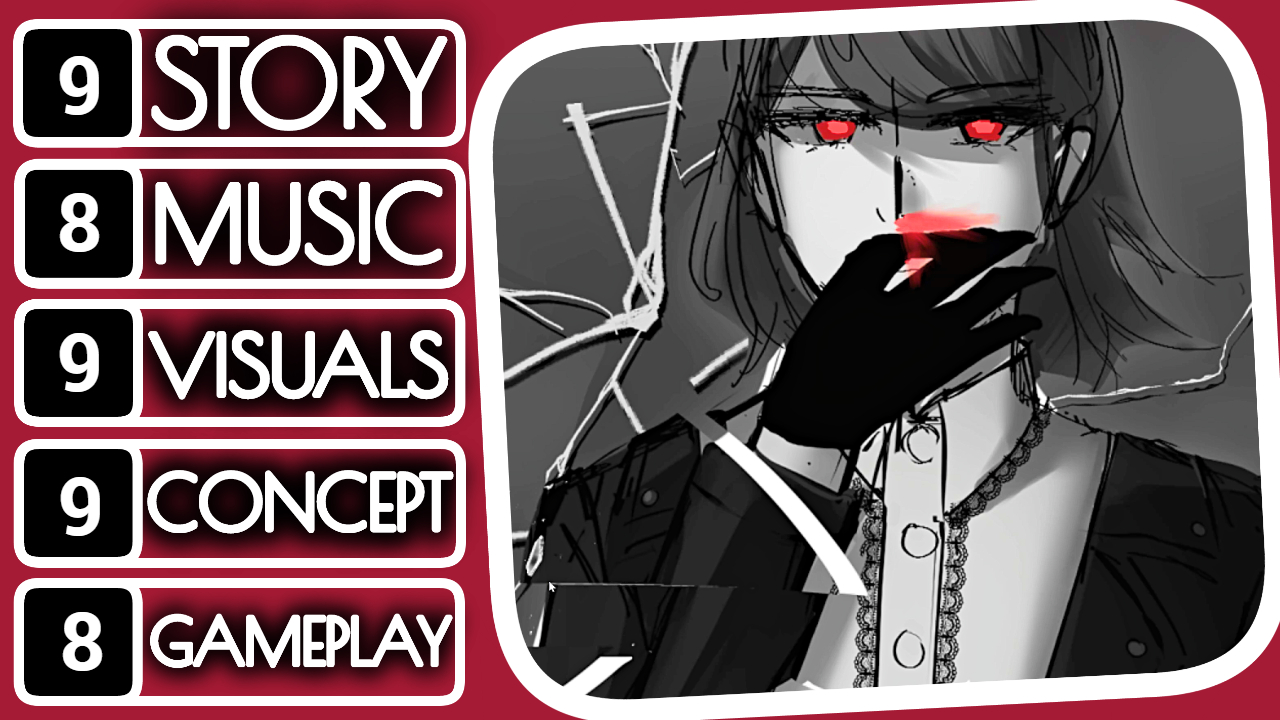 Thanks so much for playing!

Thank you so much!

Glad you liked it! Thanks so much!

Great idea and execution made for a game that packs a punch in a very short time. Good job everyone!!!!

Thanks so much, Allie!!!

Thank you so much! Glad you liked it!

THIS WAS A BLAST TO WRITE IM SO GLAD OPHELIA LET ME JOIN I HOPE EVERYONE ENJOYS THE GAME. ❤️❤️

Loved the atmosphere and the fresh edge. You don't often see Yandere POVs.

IM GLAD YOU THOUGHT IT WAS A FRESH EDGE THANKS FOR PLAYING! 🥺

thanks so much for playing! :D

on the edge of my seat fr THIS WAS AWESOME

thanks so much for playing!!

HOLY MACKAROL THAT WAS SO INCREDIBLE! THE ENTIRE GAME WAS SO TENSE AND THRILLING I JUST LOVED IT ABSOLUTELY PHEMONINAL

THANKS SO MUCH BOOBOO!!

IM SO GLAD YOU ENJOYED IT!!

this is unrealistic because i would never fall for someone with a bowlcut. /joke
this is beautifully written and drawn! and all of the animations are really smooth. plus the single use of the sound effect was perfect. thank you!

THANKS SO MUCH FOR PLAYING !! GLAD U LIKED IT !!